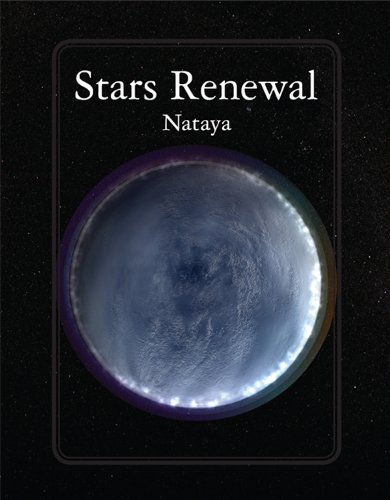 I’ve never been as good at self-promotion as I should be – as we all should be. If you aren’t going to take care of yourself, who will? I’ve recently been taking some hesitant steps to promote my books (the first is called Reach Beyond the Stars) and, in doing so I realized that I needed to re-read my own books. It’s been a long time since I wrote them and while the characters are as so close to my heart the details of the books were a tad fuzzy. While I’ve been re-reading them my niece asked if they are good. She’s in college and hasn’t had a chance to read them herself plus she’s not a huge sci-fi fan. If you’ve read my blog you know that I haven’t know her for long, one of the great losses and now the great joys in my life. We’re working on the sci-fi love – Star Trek is the lifeblood of our family.

In reading my own books I found what I remembered was the strong political and environmental commentary that you often find in a sci-fantasy series. It’s especially relevant in these days, I think. I just finished the fourth book – Star’s Renewal – there are four and I found a message that I had forgotten I’d written and one that honestly surprised me with its relevance to my other love – politics. The words, at the very end of the book, and with no spoilers attached is that we are stronger together. What a surprise that was to me.

I’ve watched and loved Hillary Clinton since she came into public life as I was going into my professional life and I admit to frustration that she doesn’t have quite my gift with words. Does that sound arrogant, to say that I think I might be more gifted at communication, on occasion, than that incredible strong talented brilliant woman? It’s just that she works so hard to get the message right it doesn’t always feel right to folk or maybe it’s just the media tells us that so often that we all fall into a trap of belief. There was a lot of frustration in how long it took her to come to the core message of her presidency and it was a wait worth the time it took to come to the message that we are stronger when we work together. She drives me nuts in talking about emails also. I know she has to be careful and that it doesn’t matter what she says but the actual message is that she didn’t use email for most of her communication. It was 2008 and it was just not how you did your job as Secretary of State. She can’t just come out and say that those devices that are now such a topic of conversation were sequential and we all have had a lot of devices. She doesn’t just come out and remind everyone that I-Phones didn’t exist in 2008. Ah well, that isn’t the focus of today’s blog.

No today, I’m just asking you to read my books. If you want a signed hard copy of the first book just drop me a note and I’ll get you a copy. If you’re willing to leave a comment and share the books around that would be great to. I’d love to discuss them and I’m finalizing the next set of books called Night’s Angel. He’s a detective and way more than anyone ever expected.