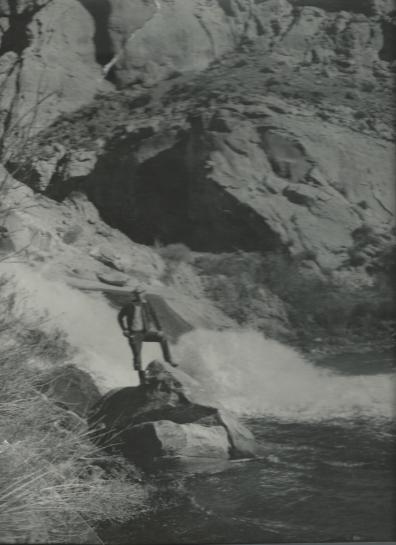 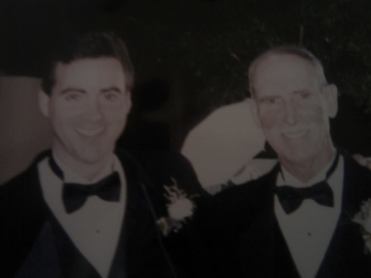 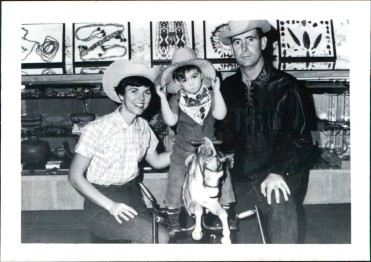 Mum and Dad with my older brother 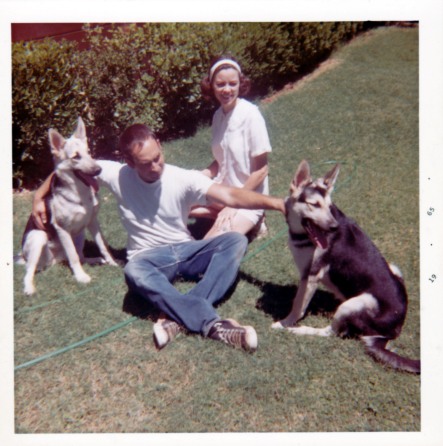 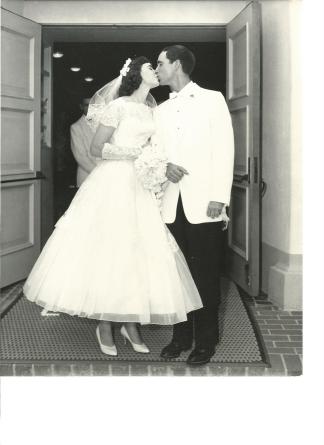 Mum and Dad on their wedding day

On the day my dad was buried I didn’t get the chance to finish this. The Ukrainian woman that my father  married  would not allow me even this. People at the very small service laughed at some of the moments of life that I shared. This was unacceptable to her. She was incensed that anyone was laughing when her Robert was dead. Her intolerance, her rage, was what had divided him from us. Abuse is so difficult. My fear for my father. My fear for my sister. My unwillingness to fall back into the emotional assault of my childhood.  It was different then. It was he who we were afraid of, and now it she who he was afraid of. That change didn’t stop the feelings when she forced the attacks that hit to close to home.

That’s the quagmire that is abuse. It took my mum years to escape my father.  It took my father death to escape from her. It was a stupid thing that – dad went in for a hernia operation and his heart just slowed and stopped. She had him in so many ways. If I knew then what I know now I wonder if I could have made a difference, helped him escape sooner. Maybe I should have done things differently but.. I don’t have a time machine. In a moment of time when there is so much pain in the world, of so many goodbyes, I put mine a few years old now, out there now.

Our dad was a complicated man as are most of the very intelligent people that I know. He was born and raised in CA and got his start in Hollywood – serving as a stand in for child stars as they adjusted lights. That did not draw him into a life of acting – instead it drove him out of the city and into the mountains and deserts all around him as soon as could drive to get there. He went to Catholic school through high school and it served perhaps the opposite of the intended outcome – one of the brothers who had taught him looked at his as he left and said you’ll be an atheist from the day that you step through that door, won’t you. Our dad laughed and confirmed it. Though he would never admit it and probably never even thought about it he was much close to worshipping mother earth than anything else – something he has in common with his daughters – though he probably would never have admitted to that. The other thing that dad got from 12 years of catholic education was a deep and abiding hatred of the smell of peanut butter – evidently that was all they served every Friday and he never liked it. He was like a blood hound with the stuff – as soon as you opened the jar there would be a yell from where ever he was in the house to close the jar

My parents met at university and my dad was smitten immediately and that was that –he married my mum Patricia Ann (the first) and after graduation he was drafted and spent some time in the army – the fit there no better than it was with catholic high school. He didn’t talk his time in the service much. The one story he would tell was being in a room full of officers and telling them that if they dropped their soldiers where they were planning it wouldn’t go well. And that was another thing about dad – and another thing we probably all share – and that is he was never afraid to express his opinion.

I learned a lot from him and know more about geology then perhaps I ever really wanted to know and something I learned early was saying that rock is pretty was usually not a good idea unless you really wanted to know about it. He was a gifted teacher and he brought a life and a love for his field to every student he taught. I learned a little bit of that when we went with him on field trips or he had students over to the house but I really saw it when I took a class from him. I saw a side to our father that I had never known and I can say with unswerving certainty that the world has lost a gifted teacher and I don’t think his students ever knew that I (and my sisters after me) helped grade his tests from a fairly young age or that he was occasionally, when he was reaching into a new topic, only a step ahead of his students. I will never believe that my A in his astronomy class had anything to do with him using my notes to help make his exam.

I didn’t become a teacher myself, though both my parents are very gifted teachers, but I took the passion they gave me to my own job and put my own desire to go into international business, (which I don’t think my dad ever really understood, but never argued with) and helped build a world class distance learning program and I took the love of science that was a part of everything that was my father (and my mother) and turned it a bit more to the atmosphere rather than geology though we do teach about tsunamis and have something on volcanic ash so I didn’t really end up to very far from what my dad taught me from the day I could recognize that there were different types of rocks. We occasionally disagreed – climate change was a topic of discussion that we would occasionally delve into but on the drive down from Boulder right after we found out that we had lost dad my mum looked at the sky and wondered if it was going to rain and heard a bit more about the types of clouds we were looking at than perhaps she wanted to know. Not long after I was telling our old family friends, Bob and Ann Mishler, all about how forecasts work for tornados and how our weather service was changing warnings based on the social science training that will be part of my works future. As I think about that – I think about our dad and realize why he told me all about those rocks and the love of not only learning but also teaching that he sparked in me. Though for me that need to teach comes through in getting our materials to teachers  and students as well as the operational forecasters to find a way to influence the next generation in the way that our dad influenced me and my sisters and I suspect even my brother.

Dad loved to travel and he always found a way to do it. In the early days it was field trips to the badlands, or some other crazy destination and many the hair raising tale of how things almost didn’t work out but always did in the end. Anyone who has seen him in the field will know exactly what I am talking about. My parents split up in the early 80’s and our dad (who was also eternally late for everything) suddenly started to get to class early on certain nights. It wasn’t long till my suspicions were confirmed and Patricia Ann (the second) joined the family with her young daughter Mariah. Not too long after that my baby sister Alex joined us. Any of you who know dad might not be surprised that it took he and Pat 2 just a little while to name her and the only reason that her name is not still Baby Girl Lessard was that they were taking off for a trip to New Zealand and strangely the passport office wanted a real name and Alexandria Marguerite was officially named – and I think that she is happy that she didn’t end up with dad’s favorite name Cassiopeia. He traveled all over the world and did always love exploring anything new, and finding a treasure that he could find a way to bring home. In Tahiti he learned that you should make sure that the shells are empty before you pack them in your suitcase….

Whatever there was in our family I do know that our dad loved us and that wherever he is now he is looking for a way off of the trail so he can get to that really cool thing just over that rise – even though the path is leading a different direction and I like to believe that my Aunty Darlene who died on the  day we buried dad – though back in 2007 is there with her husband Bob and they are pulling our dad back onto the trail or at least in the right direction and that no matter what has happened and what will come there will be moments when I teach someone something – or tell someone just a little bit more about climate change or that pretty cloud over there or even when I buy that little extra something that I really don’t need but it’s really kind of cool or just fun and I’ll know that our dad is there goading me on just like I know that my Aunty D is there when I make that really bad pun or when I do something that is just way too silly and way too public like the time my dad, Bob, and my Uncle Bob were talking about all the stupid drivers around them when we were stuck in separate cars in a tunnel and only when they got out did they realize that the dirty looks were because there CBs (pre, pre cell phone) were transmitting on speaker and everyone in the tunnel had heard every word. Our parents, the good, the bad, and the plain silly stay with us always and I know that our dad will always be there egging us on to climb that mountain, find that treasure, even if it isn’t on the path we were supposed to be following.