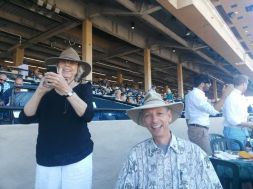 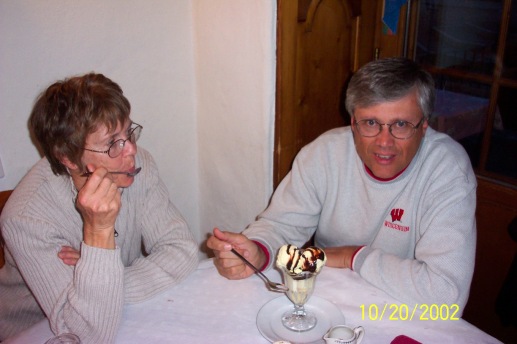 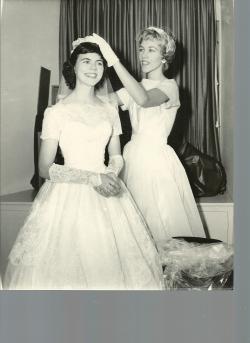 She was 76, had stage 4 Pancreatic cancer, it was about a month before she died 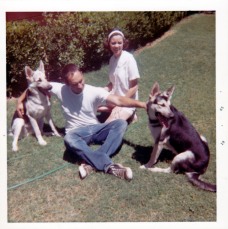 Today is mum’s birthday. She passed in November 2014 from the horror that is pancreatic cancer and I miss her every day. If you’ve been following my blog or if you are just reading this – you may wonder why my mom is my mum – but when I go into the past I will tend to call her mom. When I was 18, I was off to Perth Australia to go to the school at the University of Western Australia and my American English merged with Australian English and mom became mum.

I’m not sure what to say today.

Mum was a teacher of math, science, and music. She sang and she danced. She loved her volunteer work. She loved her family and her students. She had so many friends who loved her. It didn’t matter how long she knew someone she touched their lives. There was the little girl whose mother came to volunteer in getting seeds ready to plant. She was very focused on the job and in setting up a system so that they could get as much done as possible. Her focus on efficiency was broken as mum took time to be with her daughter and got her to feel the dirt and the water and just to revel in nature. The mother and her daughter made a connection that day. When she passed the little girl and her mom wrote us a letter to say how important that day was. How they learned that there is more to life then where you are going next.

Mum loved her tennis. She played at least a couple of times a week, at least. She would never admit she was good, but she was good. Just as she was a great fiddler. There are so many pieces of her life. Too much for today. Today is about her.

We survived my father together. She tried to keep the family together for as long as she could. She was the love of his life, I think, but he was not the love of hers. When she decided to leave I was 12 years old and she was hiding a desperation that I would only learn years later. I knew that my bipolar dad was volatile. He could go from a seemingly joyful, and loving person who to a raging monster who was streaming together expletives and/or drop into heavy silences that could last for weeks. Mum had to leave. She was afraid she would kill him or he would kill her and perhaps all of us.

She, her sister – my beloved Aunty D – and I were a powerful trio. We played together, we traveled together, we partied together. We had so much fun. Aunty D died on the 28th of May. The day after mum’s birthday. It was such a blow, such a senseless death. When mum was diagnosed we didn’t know how long she would have but she did not see another birthday. She didn’t even make it to her sister’s birthday that year at the end of November. It was another senseless death. One from a single car accident the other a years later from the horror of pancreatic cancer.

Despite that cancer. Despite her pain. Despite the weight loss. We still traveled. She wanted to see people. She lived to the end. One month before she died we were in a resort in Phoenix. Really fancy. Mum had figured out that a particular type of burger worked for her. It had to be a thin burger. It had to be well done. It was a very particular order. After the first day the lady who took our room service order knew it exactly. She was really sweet. So was the room service restaurant. They made it exactly to mum’s order. She wasn’t up to eating out so every night we had room service and that was what she got. The people she played tennis with that weekend had no idea she was 76 or that she had stage 4 pancreatic cancer. She played for almost an hour in 90 degree heat.

There are so many stories. So much love.